Crossover Entertainment Group has been the Southeast’s premier musical rehearsal studio since 1992. They also provide full-kit instrument rentals, live event management, and recording studio services. Sharing their trucks to local businesses on COOP by Ryder provided them a new way to generate revenue. Not to mention the benefit of a deeper connection to their community and access to additional trucks as a renter when the musicians’ tour season comes around. After a quick mic check, the sound-savvy business joined hundreds of others on the platform with confidence.

“We’ve done a few trucks here and there on both sides. Lending on and renting with [COOP], the whole process. It’s easy and beneficial to us economically,” said Billy Johnson, general manager at Crossover Entertainment Group.

Artists rehearse in-house through the week to prepare for their away shows. So Billy’s trucks are most active during the weekends; by all means, joining COOP was a great way to reduce his downtime by sharing his vehicles Monday through Friday. His two 16-foot Isuzu trucks with lift gates are appreciated by renters who need the additional trucks on weekdays, when Crossover Entertainment Group usually had them sitting in the lot. Putting his vehicles in good hands and renting to trusted local businesses proved itself a win-win for his business.

Billy took comfort that his trucks are covered by physical damage insurance and 24/7 roadside assistance. It was easy for him to list the Crossover Entertainment Group fleet on COOP’s user-friendly platform. In just a few steps, he listed his vehicles with availability and a per day rate that worked for him. 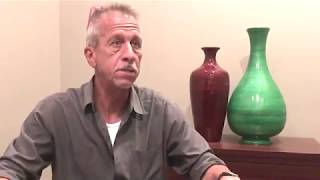 Crossover Entertainment Group has been the Southeast's premier musical rehearsal studio since 1992. They also provide full-kit instrument rentals, live event management, and recording studio services. Sharing their trucks to local businesses on COOP by Ryder provided them a new way to generate reven

Billy not only enjoyed the convenience of COOP but loved the connections he made within his industry. The easy, safe, and reliable transactions offered a perfect first-impression for his business. On the platform, he found an opportunity to grow his network.

“I’ve rented a couple of trucks to people in my industry that I had never met – just created a relationship. It’s all about creating relationships,” Billy said.

Joining COOP helped Billy in more ways than one. It also gave him access to an inventory of trucks he can rent locally when necessary. During the summer, Crossover Entertainment Group took on the renter role to meet the demand of the musicians’ tour season in full-swing. They appreciated the added convenience of a free Uber ride to the truck’s pick-up location.

We’re proud to have Crossover Entertainment Group join the movement at COOP. Billy has expanded the services his studio provides to his community for years, and continues that trend today. On the platform they’re generating revenue off their idle trucks, making new relationships in their industry, and enjoying the flexibility of renting trucks themselves. Thank you, Billy!